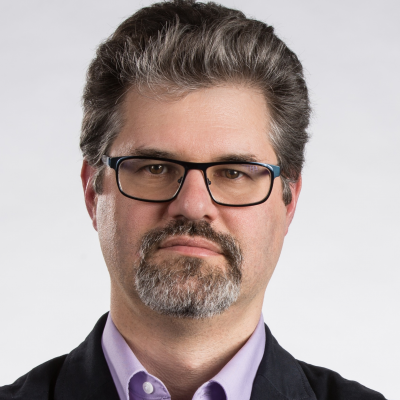 John Ashley currently leads the Global Financial Services Industry Strategy team at NVIDIA. His team focuses on global trends and directions in accelerated compute and AI for the entire sector – from hedge funds, fintech, banking, and insurance. NVIDIA supports customers and partners in their adoption of accelerated computing and AI/ML techniques to improve time to insight, enable expanded analytics around risk and fraud, and dive deep into customer data to address key business problems.

He also started and led the Professional Services Deep Learning Practice for NVIDIA and the NVIDIA Deep Learning Professional Services Partner program;  managed the relationship with IBM’s Software and Cognitive groups, was a Senior Solutions Architect covering Financial Services based in New York and then London, and supported NVIDIA’s work with the Square Kilometer Array radio astronomy programs.  He holds a doctorate in Computational Sciences and Informatics, and both BS and MS degrees in Electrical Engineering. His past work experience can best be described as varied – he has been a data scientist ,  project manager, systems architect, DBA, and developer – working in vendor, consulting, and end user firms in utilities, government, and finance. He holds a US Patent in predictive analytics.

Check out the incredible speaker line-up to see who will be joining John.

11:20 AM Keynote: Advances in GPU Accelerated AI and ML

OpenAI recently blogged about the growth of compute applied to AI training since 2012. According to their statistics, compute has grown by a factor of 300,000 (doubling roughly every 3.5 months, more than five times faster than Moore’s Law). Large “real world” models like BERT can be trained today in under an hour – with 1,472 co-operating V100 GPUs in a DGX-2 based SuperPod – an architecture that has evolved over the past few years to be the premier platform for AI research. But it’s not just hardware, or the largest models – the relatively recent MLPerf benchmark results (v0.6)  from NVIDIA show year over year performance increases of between 20% and 75% on a variety of problems on the same hardware.  Software and innovation up and down the stack are what enable the industry to keep up the relentless pace of performance that is fueling research breakthroughs and real world applications. Leave with an understanding of how GPUs acceleration is advancing research and applications across data science.

*Processing your payment may take a moment. Please click submit payment only once, and do not refresh this page. Doing so may result in your credit card being charged more than once.

We use cookies and similar technologies to recognize your visits and preferences, as well as to measure the effectiveness of campaigns and analyze traffic.
To learn more about cookies, including how to disable them, view our Cookie Policy