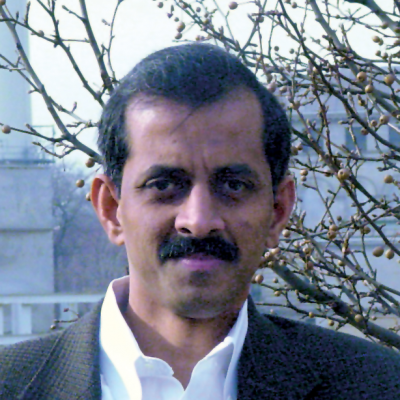 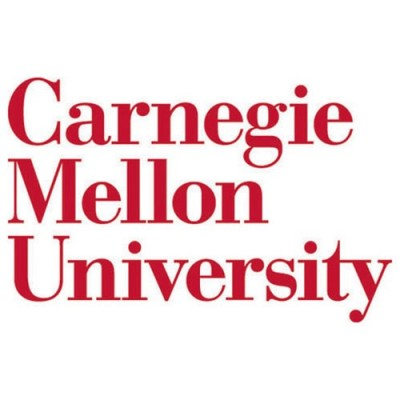 Ganesh Mani is on the adjunct Faculty of Carnegie Mellon University and is considered a thought leader in the areas of investment management and AI / FinTech. He has been a pioneer in applying innovative techniques to multiple asset classes and has worked with large asset management firms incl. hedge funds, after having sold one of the earliest AI/ML-based investment management boutiques into SSgA (in the late nineties), nucleating the Advanced Research Center there.

Ganesh has been featured on ABC Nightline and in a Barron's cover story titled "New Brains on the Block". Mr. Mani has an MBA in Finance and a PhD in Artificial Intelligence from the University of Wisconsin-Madison, as well as an undergraduate degree in Computer Science from the Indian Institute of Technology, Bombay. Ganesh is a charter member of TiE (www.TiE.org), was an early member of the Chicago Quantitative alliance and is on the advisory board of the Journal of Financial Data Science.

Check out the incredible speaker line-up to see who will be joining Ganesh.

9:50 AM Panel: The role of fintech companies in AI / forecasting as a service

Is the reality living up to the promise?
Session preview:
Over the past decade, the financial world has familiarised itself with technologies such as Artificial Intelligence (AI) and Blockchain. Today, the two are integral to services like fraud detection in banking and share trading analytics. What is the next frontier for FinTech? The vote is still out, but polls point in the direction of commodity trading.
During the panel “The Role of FinTech companies in Asset Management – is reality living up to the promise” that I will chair on the 17th of September, we will shine a light on the impact that FinTech firms are having on commodity trading. As a taster, I will be sharing my own perspectives in this blog, focusing on the challenges that FinTech firms have specifically set out to solve.
Our panel takes place against a backdrop of rapidly changing conditions for commodity markets. During the last few years, the fundamentals of supply and demand were their main drivers. However, as was the case during the 1970s, geopolitics is increasingly influencing prices and decision-making in commodity trading. Where uncertainty is now the only certainty, new technology is being used by FinTech firms to deal with four core – yet intertwined – areas:
Better insights
Reducing costs
Improving security and transparency
Levelling the playing field for SMEs
Better insights
For decades, successful trading was focused on nimble operations and scale, but thinner margins have made market participants look closer at accessing better data, instead of operating scale, to gain an advantage. Access to, and intelligent interpretation of data such as satellite imagery and freight data are increasingly giving traders an edge.
As an example, at ChAI we apply machine learning techniques to satellite imagery, maritime shipping data and text data to increase accuracy in commodity price forecasting. Tradeteq, active in the trade finance space, uses network data and real-time payment behaviours to form a more accurate representation of credit scoring and tools to monitor investments – enabling new funding sources to reach underserved SMEs in need of trade finance.
Reducing costs
New technology is increasingly bringing efficiencies to all corners of the commodities industry. We see Blockchain and smart contracts to be at the forefront of this trend. With Blockchain, the reconciliation and physical documentation of trade can now be streamlined securely through an encrypted digital ledger. Digital processes that replace people, phones and paper trails have the potential to significantly reduce trading costs.
Furthermore, the decentralisation aspect of Blockchain drives accessibility. Decentralisation brings down the barriers erected by today’s international financial system that exist between asset classes and geographical borders. Therefore, Blockchain also has the potential to reduce the fees that have been an inherent part of the industry by using smart contracts to automate the functions of middlemen.
Many FinTechs focus on agile customer on-boarding, automation and e-KYC (Know Your Customer) to reduce costs. FinTech Traydstream has developed an Optical Character Recognition (OCR) technology which makes it possible to check a letter of credit in 45 seconds, in sharp contrast to the manual checking time frame of more than 2 hours. Time, as we know, is money.
Improving security and transparency
Even in markets of healthy liquidity, participating traders remain largely unknown parties. Trying to trace the path of a trade is difficult as verification systems across world markets have not been standardized. Transparency is also lacking in terms of information flow. Weaknesses can certainly be hidden in vast amounts of financial data, but even without intentional meddling information is often asymmetrical. This causes the whole environment to be inefficient as investors cannot be certain that their data is precise, nor that they have all the information needed to invest confidently.
Coming back to Blockchain, it promises to deliver transparency and accessibility alongside speed and cost-effectiveness. A welcome opportunity to eradicate the sort of warehouse fraud that has plagued the metals industry in particular, where parcels of metals have been sold to multiple buyers – causing huge losses for banks.
Security is a natural product of decentralization. Whereas an adept hacker can infiltrate centralized data sources, like the servers that established trading platforms use, distributed systems don’t reward insider access. Furthermore, cryptography enables accurate transaction verification without storing sensitive identifying information. Permanently recording every verified transaction that takes place makes Blockchain an unsurpassed transparency tool – making it easier to identify stakeholders, see their complete history in the market and make confident trades accordingly.
Levelling the playing field
By enabling better insights, lowering costs and strengthening transparency, FinTechs provide access to services and analytical power previously only enjoyed by the largest and wealthiest of market participants – thus levelling the playing field.
Historically, banks have tended to favour larger players who are chasing larger deals. There has often been a lack of resource and knowledge to finance smaller ticket deals. In addition, the regulatory capital requirements of Basel III and IV have hindered banks from servicing smaller companies.
FinTechs are trying to make it easier for banks and others to do lower-value deals. Manging payment terms, paperwork, exposures and transaction tracking with greater efficiency lies at the heart of their efforts. This also makes pooling of trade finance books, securitisation and bringing in non-bank investors easier – providing better trade financing for the little guys.
Conclusion
It is still early days for FinTech in commodity trading, and changes may be more in the form of evolution rather than revolution in a traditionally secretive, conservative industry. Before the eureka moment can take place, hurdles including common legal standards, links between different dealing platforms and persuading all participants in the supply chain to take part need to be ironed out.
Still, it is undisputable that FinTech companies are having a dramatic effect on other parts of the financial services industry – providing better insights, lowering costs, improving security and transparency and helping the little guy play on more equal terms. It is time for commodity trading to embrace the same kind of innovation and move into the 21st century. - Tristan Fletcher, CEO, ChAI

4:15 PM Panel: When ML doesn't work as expected, what went wrong and how can you recover?

Session preview:
Given the intrinsic complex and dynamic nature of the machine learning (ML) the possibility of failure does not come like a surprise.
There are many reasons why this can happen. One of them is the biases in the training data and method (e.g. sampling, data preparation). Another reason is that the ultimate scope of the ML is not well defined and transparent. Further issues are linked to the machine learning techniques which are not able to inform us when the information is not clear or they cannot effectively learn from the data. Finally, ML uses a high number of hyper parameters (e.g. how many trees I consider in a decision process like random forest). These hyper parameters are defined by the developer and they cannot be derived by the data.
Of course perfection always starts with mistakes. So, how can we make the ML a better place? Of course, the starting point is the data.
First of all, it is important that data is accurate, complete and sufficient to extract statistically significant insights. Data inputs must be interpretable, coherent with the internal policy of the firms and give a business rationale. In addition, we need to have a robust approach to pre-process the data to avoid any corrupted learning processes.
Another important point is the calibration. As we know, this is a crucial part for the traditional models and it is even more important for ML given the amount of parameters, data and the frequency they are updated. In this case, we can establish specific controls to assess if the calibration is appropriate and develop a monitoring framework including thresholds and triggers to inform if the model is working as expected. Of course, the above requires some changes in the way we review model risk for ML. First of all, we need to review the model risk policy to reflect the features of the ML discussed above. Secondly, the validators must be sure they are equipped with the right tools to deal with the big data and computation complexity behind the ML exploit. - Maurizio Garro, Senior Manager, Market, Credit & Risk, Lloyds Banking Group

*Processing your payment may take a moment. Please click submit payment only once, and do not refresh this page. Doing so may result in your credit card being charged more than once.

We use cookies and similar technologies to recognize your visits and preferences, as well as to measure the effectiveness of campaigns and analyze traffic.
To learn more about cookies, including how to disable them, view our Cookie Policy