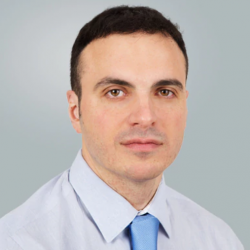 Alexander has more than 15 years of experience in finance, financial modelling and machine learning. Prior to joining Deloitte, he led the Quantitative Research at IHS Markit where he created and maintained a center of excellence.

He has written several papers and two books on topics ranging from stress testing and scenario analysis to asset allocation. He has provided thought leadership engagements for conferences, journals and global forums. He founded Global Graph Analytics - a company focused on dynamic scenario analysis. He also worked as a senior advisor to Risk Dynamics, an arm of McKinsey & Company. Previously he was Director of Risk Models at the Royal Bank of Scotland, where his responsibilities included development of the stress testing methodologies and credit models, and a Fixed Income Structurer for a front office desk. He has also held roles at the European Investment Bank and the European Investment Fund and has participated in the engineering of both the European Financial Stability Facility and the European Stability Mechanism.

3:55 PM The book of alternative data

In this talk, we give a sneak peek of The Book of Alternative Data, which is to be published in early 2020. We briefly discuss some of the challenges when using alternative such as structuring it and quantifying its value, as well as the risks involved. We'll go through a few of the use cases from book. These include using automotive supply chain data to trade auto stocks, satellite imagery to model retailers earnings per share and news data to understand FX volatility around central bank meetings.

Check out the incredible speaker line-up to see who will be joining Alexander.